Following their decisive victory over the Arizona Cardinals on Sunday, the Los Angeles Rams have achieved 9 wins on the season -- the first time the club has earned 9 or more wins since 2003.

The world has changed considerably in the 14 years since the Rams last clinched a winning season. It might not seem like it was that long ago, but consider that George W. Bush was still in his first term as president in 2003. Barack Obama was a year away from being elected to the United States Senate, while Donald Trump was a year away from hosting his first season of The Apprentice.

If you don't feel ancient by now, take a look at these other mile-markers for what our world looked like the last time the Rams had more wins than losses. 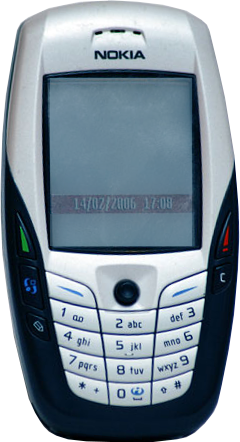 Fun Fact: The Nokia 6600 was the first camera phone to sell over a million units.

Winner of Album of the Year at Grammy Awards

Come Away with Me by Norah Jones

The Lord of the Rings: Return of the King
Hulk (the one directed by Ang Lee)
Lost in Translation
The Matrix Reloaded and The Matrix Revolutions
Kill Bill: Volume 1
Pirates of the Caribbean: Curse of the Black Pearl
Finding Nemo
Love Actually
X2: X-Men United
Bruce Almighty

The Lord of the Rings: Return of the King

Can you believe ALL of these shows premiered in 2003??

This was LeBron's rookie year. In 2017, LeBron has been in the Finals for seven consecutive years.

This was the infamous halftime show with Janet Jackson and Justin Timberlake. Timberlake will return to headline the Pepsi Super Bowl LII Halftime Show on NBC at U.S. Bank Stadium in Minnesota on Sunday, Feb. 4, 2018.

This article has been reproduced in a new format and may be missing content or contain faulty links. Please use the Contact Us link in our site footer to report an issue.

What will happen to Trevor Lawrence's hair with Jaguars?

DK Metcalf could really qualify for the 100M Olympic Trials

The Red Raiders' draft hopeful hails from a family full of pro and collegiate athletes.

Did a 'Call of Duty' game reveal this free agent's plans?

Sterling Mahomes might be the first two-week-old with a letter of intent for a full athletic scholarship.

Eleven-year-old Baylen Brees can thank No. 41 after a historic six-touchdown fantasy performance.

The Browns QB will step up to the podium and drop an Easter egg or two or six. Here are the ones we've caught.

Atlanta's kicker is having an unbelievable season. Even more unbelievable? How far he came to get here.

Volume up. You'll want to hear this flow from the glasses-wearing Georgia product with the golden leg.

NFL+ gives you the freedom to watch LIVE out-of-market preseason games, LIVE local and primetime regular season and postseason games on your phone or tablet, the best NFL programming on-demand, and MORE!

MORE
The browser you are using is no longer supported on this site. It is highly recommended that you use the latest versions of a supported browser in order to receive an optimal viewing experience. The following browsers are supported: Chrome, Edge (v80 and later), Firefox and Safari.